Betto van Waarden is working on the PhD project ‘Politics in Public: Celebrity politicians and the emerging mass press in the Age of Empire’, under the supervision of Prof. Dr. Martin Kohlrausch at the KU Leuven in Belgium. In the project, he investigates how the development of the mass media changed politics by analysing the interactions between five political leaders and the mass press in Belgium, Germany and Britain in the decades around 1900. He concentrates on the evolution of a transnational communicative space, in which the emerging mass press enabled a more direct relationship between public personae and the mass public that constituted an informal type of democratisation.

Van Waarden holds a BA in liberal arts and sciences from Lewis & Clark College in Portland, Oregon, USA, and an MPhil in political thought and intellectual history from the University of Cambridge. He interned at the World Affairs Council, Center for Strategic and International Studies, and United Nations Information Centre in Washington, and worked as political coordinator at the European Commission in Brussels. In addition, he spent one year as an investigative journalist at the research desk of the leading news magazine De Groene Amsterdammer in the Netherlands, and has written on politics and media in Le Monde Diplomatique and the Dutch and Belgian newspapers De Volkskrant, Het Financieele Dagblad and De Morgen.

Rosamund Johnston is a doctoral student of history at New York University. Her dissertation, Radio as Mediator between Government and Society in Czechoslovakia, 1945-1969, maps the relationship between sound and power in postwar Czechoslovakia, and the limited but nevertheless real autonomy of journalists in an authoritarian regime. Her research has been supported by the Czech Academy of Sciences, the Visegrad Fund, and the Mellon Foundation. Johnston has taught at New York University and Charles University in Prague. She has worked as an oral historian at the National Czech & Slovak Museum & Library in the United States, and as a journalist at Czech Radio.

Her research interests include sound studies, oral history, media history, and migration. She has published on Cold War migration from Czechoslovakia to the United States in both English and Czech, and an article on radio, “Secret Agents: Reassessing the Agency of Radio Listeners in Czechoslovakia, 1945-1953,” is forthcoming in Perceptions of Society in Communist Europe, edited by Muriel Blaive.

Christoph Hilgert is postdoc at Ludwig-Maximilians-Universität's School of History in Munich, Germany, and is responsible for the publications & public relations of the Graduate School for East and Southeast European Studies. He is also Associate Staff Member of the Hans-Bredow-Institute for Media Research in Hamburg, Germany, and steering committee member of the Entangled Media Histories (EMHIS) network.

During his stay he will discuss future tasks/plans for EMHIS with Lund's network members and will work on papers benefiting from the hospitality of Lund University's Media History unit. 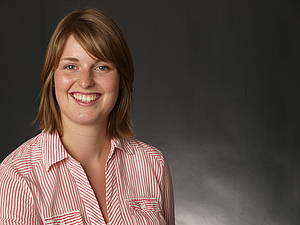 Fanny is a doctoral researcher at the University of Basel, Switzerland, at the Centre for Cultural Anthropology. She is conducting research as a member of the interdisciplinary research project Broadcasting Swissness – Musical practices, institutional contexts, and the reception of traditional popular music: the acoustic construction of Swissness on the radio, which is funded by the Swiss National Science Foundation.

In her ongoing PhD project, she is examining the different contexts of the reception of the Swiss Shortwave Service from the 1930's to the 1960's from a cultural-historical point of view; she is addressing the question of how mediated sounds and radio listening are related to the construction of ideas regarding Switzerland or “Swissness”. Her general topic of study is how global communication and national identities influence each other.

Fanny holds a Master of Cultural Anthropology, Political Science and Scandinavian Studies from the University of Tübingen, Germany and spent a semester in Stockholm in 2007 as an ERASMUS exchange student. 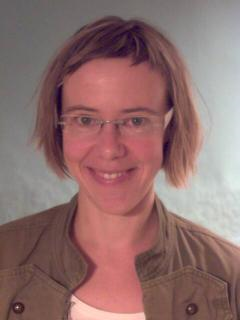 Her research project “Meanwhile in Sweden: Society, Culture and World View in the Post-War Swedish Men’s Magazines” funded by Helsingin Sanomat Foundation develops further her post-doctoral research on the societal and countercultural functions of men’s magazines in Post war Finland funded by the Academy of Finland (2012–2015).

Saarenmaa has published extensively in the areas of media history, popular culture and gender and sexuality. She is co-editor of Pornification: Sex and Sexuality in Media Culture (Oxford: Berg 2007) and two collected volumes on popular media in Finnish.

See a list of Laura's publications here. Her current research interests are: 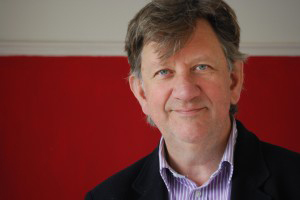 Hugh Chignell is Professor of Media History and Director of the Centre for Media History at Bournemouth University. In research terms he specialises in the history of current affairs/topical talks radio which he has renamed 'public issue radio'. His book 'Public Issue Radio: Talks, News and Current Affairs in the Twentieth Century' (Palgrave Macmillan) was published in 2011 and most fully captures his research.

Chignell was the co-investigator, with Jamie Medhurst, on the AHRC funded network examining trans-Atlantic broadcasting themes pre-1960.  Out of this project came the exciting 1930s broadcasting conference which was held at Madison in July 6-9, 2010 and the equally exciting 1950s conference held in July 2011 at Aberystwyth.

Chignell is also the Chair of the UK Radio Archives Advisory Committee which is working with the British Library to create a National Radio Archive.

Some of Shignell's published writing is available here (to the Bournemouth University online repository).

During his research stay at Lund University, Chignell will maintain several meetings with academic colleagues, will teach graduate students in media history and will give a seminar in the Media History Seminar Series. Visit his web profile.